The story of the Alam family

Every afternoon I would go out with the co-founder of the Feeding Rishikesh project, Varun Juneja, to serve food and distribute biscuits in the community of Chandreswar Nagar. One day, as the idea of creating a school was beginning to form in my mind, I met a young girl named Nashra, who very shyly asked me if I would visit her house. I noticed that she had tears in her eyes, and that she spoke perfect English, something that most children did not do. I asked her why she needed me to come with her, and she told me that her father had recently passed away. Sensing the gravity of the situation, I quickly finished distributing food and went with Nashra to her home. She introduced me to her mother, who told me that according to the Muslim tradition she wasn’t allowed to leave the house for 4 months after her husband’s death. Nashra informed me that the family was in a desperate financial situation, as their father, a blacksmith, had been the only provider. They were months behind in their rent, and the only income they had was provided by Nashra’s 14-year-old brother Adnan, who worked a few days a week as a blacksmith’s apprentice, earning just 140 rupees (2 dollars) a day.

During my visit I met Nashra’s older sisters, Nagma and Neha. Nagma told me, ”Mam, I don’t want your help. I want a job. Neha and I have walked through the market for weeks looking for a job, but we haven’t found anything, due to the Covid problem.” I was so impressed by this family, by their obvious integrity, intelligence, and excellent English. I wanted very much to help them and had the intuition that they could be the ones to join me in the dream of creating a school for underprivileged girls in the area – and as it turned out, they did!

Both Nagma and Neha had some initial training in English, and in fact, they had already started college with the possibility of becoming English teachers, but had had to quit because of the family emergency.

They were also both highly skilled in art – their drawings are truly amazing. Neha is also a great dancer.

Today, Nagma works as the main teacher of our youngest girls in the morning class, while Neha teaches the afternoon group of older girls. Their mother, Noorjahan, is the school’s cook, and lovingly looks after all the girls. Nashra is one of our school’s brightest students.

I’m very happy to report that, even while continuing their work in our school, both Nagma and Neha have begun their college studies again, and are working hard to complete their degrees in English. Neha is doing an additional degree in fine arts. I am so grateful for their excellent help, and so happy that I was able to help this beautiful family find a way out of poverty during their time of crisis!

The Story of Pushpa 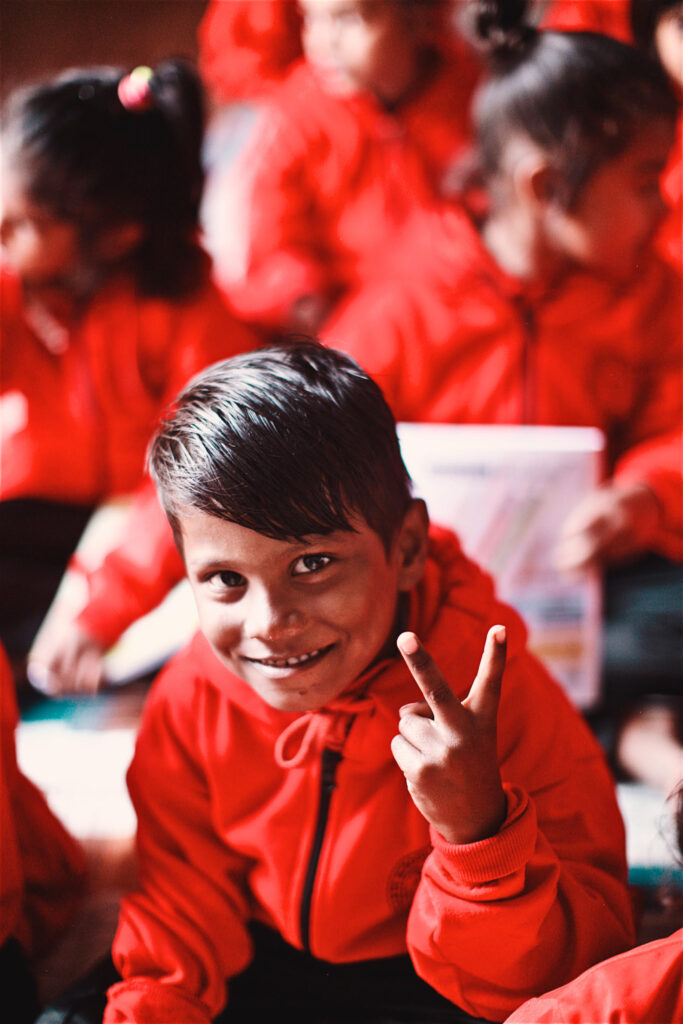 I met Pushpa, a young, single mother of 2 kids, during the first all-India Covid lockdown, in April of 2020. Like so many Indian girls, Pushpa was married at age 12. She had her first child at age 13, and by age 15 had both a daughter and a son. Her husband was a heavy drinker and soon became abusive towards her. Pushpa finally managed to divorce him, a rare feat in India, where the courts most often side with the men.

Prior to the pandemic she had been making her living as a housecleaner in a guesthouse, but the guesthouse was forced to close due to Covid, so she lost her job — her only source of income. How could she pay her rent and raise two children without an income? When I met her she was on the edge of eviction and a life of dire poverty in the streets.

When Varun and I started the Feeding Rishikesh project, Pushpa was among the many who regularly received 26-lb bags of rations from us, and knowing her situation we also bought clothes for her and her kids, and regular gifts of childcare supplies. We could tell at a glance that both her kids were malnourished, she herself weighs 42 Kgs. So I brought them to a doctor, and then began giving them Plumpy’Nut, a special supplement for malnourished kids.

Once the lockdown ended and our massive distribution of food tapered down, we created a program for single moms, so we could continue providing rations and childcare supplies to those in Pushpa’s position.

Seeing Pushpa’s good character and willingness to work, 4 months ago I hired her to come and clean the classrooms of Shakti School of Arts. In addition to sweeping and mopping, she helps to serve the food, milk and vitamins to the small girls each day. Her two kids, Karthik and Achal, are now enrolled in our school and are both doing well. Karthik is one of only two boys in the school, an exception we made due to the obvious necessity of keeping him well fed and in close proximity to his mother and sister.

Pushpa has a new boyfriend now, and wants to marry him. However, in her particular caste (made up of those with ancestors from Bihar) it is very difficult for a woman to remarry once she has divorced. Both her family and the boyfriend’s family are against the marriage. But we feel it is our place to support her in her desire to remarry, and assuming all goes well, we will probably help pay for the wedding.

If you need any additional assistance with the donation, do not hesitate to contact us directly by whatsapp